I notice more and more that I tend to write about a few themes on this blog. At times, it is as if I am repeating myself but each time in a different way and maybe with a little more depth. I guess this is my personal journey of discovery and I am sharing it with you all but I do apologize if occasionally you think I keep beating the same drum….

This post may fall into one of those themes too which is I am losing it! Life is so complex and so fluid with so many interactions and things to do and recall that I honestly sometimes wonder if I am losing it altogether. Recently, I have had this feeling a lot. Surely, life should be simpler than this?

I sometimes hanker after living in another century when ‘productivity tools’ didn’t exist and, as a result, we could all be so much more productive! It is after all only 5-6 years ago when all phones were largely dumb meaning you could call and you could text but not much more. Now, we are all connected to the net 24 by 7 just via our phones (Thank you Mr. Jobs!). It may even only be a decade or so and mobile phones were so bulky only the wealthy could afford a servant to carry them around…. the world was simpler then. 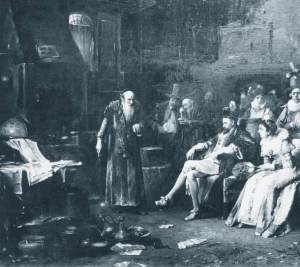 So imagine being say…John Dee. OK, I understand that for many life was brutal, short and painful but, if you were born into the right family, you could really dedicate your life to the study of magic and alchemy. No distractions like movies, websites, world news, bank accounts, fashion, vacations, etc and passwords or phone numbers to remember…. These days finding an hour to focus on reading a book can sometimes be challenging! So yes, I do feel overwhelmed at times. By comparison to John Dee, I can only know a lot about a little as there is simply now too much to know, too much to analyze, and too much to follow.

Just recently I read a story about how we are all getting dumber. Yes, that’s right – dumber. The article stated that a Roman would be intellectually our superior and could probably out argue in terms of logic most specialists today. So not only did John Dee have more time and less to learn but he probably had a sharper intellect too! 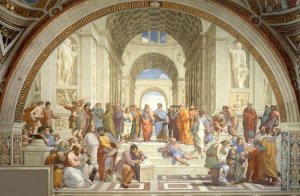 So, recently I have come to a conclusion… I can only do so much, deal with so much and I am only a dumb human so I decided to chill out a bit. You know, relax about it and let fate do its work. Let’s see how that works out….