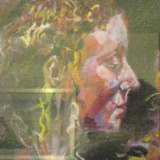 If I am right, then you are wrong.

If I am right, then you need to believe what I believe, think the way I think.

Or you are wrong.

If I am US – and you disagree with me – then you become THEM.

If you don’t agree with my mindset, then I am not going to be your friend anymore.

Or could it be wider than that?

Come on, guys, isn’t about time we questioned this assumption that an admantine mind equals strength of character? That the absolute conviction of rightness – which so easily spills into righteousness – is a good thing?

This has come out only too clearly in the wake of Margaret Thatcher’s death. Now, don’t get me wrong: I am of that generation, and had neither liking for her nor respect for her policies. She had, as I said on Facebook yesterday, an appalling effect upon this country – and one which has been perpetuated by the successive waves of Glove Puppets who have ruled (for want of a better word – ‘misruled’ being an obvious candidate!) our poor, benighted country.

Like many people, I am outraged at the apparent attempts to cover up the truth of those years, to gild a rotting lily.

The purpose of this piece is not to go into the whole parliamentary system because it is too large for a single blog. I can only give my opinion – which is that the system, as it stands, does not work and is not fit for purpose. It does not matter who is living at Number 10 Downing Street. It is the whole notion of elitism, of Number 10-dom, which is wrong! Animals at the top of the hierarchy are predators. Same goes for human beings. And, as long as we are venerating the predatory, or at least allowing ourselves to be prey, nothing will change.

I can remember how relieved I was when Mrs Thatcher finally stepped down. I am sure I am not alone there!

But, something in me baulks at actually being glad she is dead, baying for her soul to rot in hell or, metaphorically or otherwise, dancing upon her grave.

The satirical jokes and comments I love; I think they are a brilliant way of releasing tension and of expressing discontent in a clever and funny way.

Now, I am well aware that not everyone is going to agree with the way I see things -and that is fair enough. I have no rights of dominion over anyone’s mind but my own.

However, I have been left stunned by the increasing, ‘I am right!’ strand of thought appearing upon the Social Sites – and its sinister twin, the manipulative, almost bullying, threat to unfriend anyone who thinks differently. This to me is very much not all right as an approach. It has dark-blossomed on both sides of the divide.

But what strikes me – in the kind of irony I associate with the bitterest of bitter herbs – is that these people have far more in common with one another than they, perhaps, realise. Because, the bottom line seems to be that they KNOW that their viewpoint is right, is the only way forward, is the political Messiah!

Margaret Thatcher, the aptly named Iron Lady, once famously said, ‘This lady is not for turning!’ and we all knew that she was extremely strong-minded (or stubborn as a paddock full of mules, depending on your view!) and not to be swayed.

By anyone. Anytime. Anywhere.

And I am no longer prepared to be bullied in this way: to have people on the far religious right tell me I’ll go to Hell if I don’t believe in their version of the Truth; to join with the pro-Margaret Thatcherites unfriending the screaming antis; to have the, ‘Burn in Hell, Mrs T!’ brigade looking askance at me because I do not join in; to have it suggested, in any way shape or form, that those of us not out partying are, in some way, in denial.

If people feel strongly, that is their prerogative! If they want to rant and shout, rejoice and clap, let them! But, do not condemn those of us who do not wish to go down that path. Do not accuse us of being weak characters, of not knowing our own minds, of being lily-livered.

Having a strong mind can be such a positive thing, if used for the light.

But, have you noticed how many dictators have also been absolutely certain that their view of this mutable, friable world is THE ONLY ONE?

I do not give anyone, no matter how much I like, even love, that person, the right to dictate how I should respond to things!

Putting pressure on others to see things your way is rhetoric gone rogue!

I am never sure that my views are right. Our minds are seething seas full of subjective creatures, all writhing away trying to survive. Our thoughts and opinions are precisely that! To claim otherwise is to claim some degree of godhead!

Nobody knows THE TRUTH. Nobody knows that their version of religion, their take on life’s mysteries and wonders, is the right one! How can they?

Alienora blogs at http://alienorajt.blogspot.co.uk/. She is a superb writer and the author of an hilariously funny book too called Long Leggety Beasties available at Amazon.com and well worth a read.