Is it me or is the world actually falling apart?

And, if it is, what does that say about me? Since I create my own reality, it must surely reflect something going on in how I observe and process the world.

It doesn’t much matter whether it’s the mess with horsemeat, the story I read about the four young people that lured and murdered, by strangulation, two young guys so they could have sex on top of some dead bodies (I kid you not!), or just the general global political mess around us. Something seems wrong. The systems have failed. Kids are unemployed and mostly couldn’t care less, often expecting everything handed to them on a plate. In the US, people vote for their free phone, free healthcare, free housing, free meals (not just the US but everywhere it would seem) apparently not caring who has to pay for all the free stuff so long as it isn’t them. I read a story just a few days ago about a radical Islamist in the UK who aims to jihad by having all radical Muslims simply claim benefits there to break the system! Apparently, the UK government pays him 25,000GBP a year in benefits. 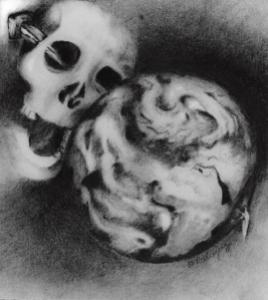 I mean I could go on but why should I? Everyone knows the world seems to be a more evil, corrupt, and stupid place than it did thirty years ago.

I mean, I am sick of reading criticisms of the Catholic Church, by example. The Catholic Church is what it is. It defines itself through its dogma. So why do people criticize it and expect it to change? If it changes its views on sex, abortion, and other such issues, it is no longer true to itself and its beliefs. It would no longer be the Catholic Church! Instead of criticizing it and trying to change it simply forget it – it’s increasingly less relevant anyway. There seems to be so much energy dedicated to nonsense these days. Religions are a prime example. It would be funny except people get so worked up and manipulated by these religions, they actually go out and kill people.

Then we have global warming. Please don’t get me started on this one. The biggest con ever conducted on man, promoted by mega rich folks, and discussed by people flying around in private jets! Don’t tell me the science is proven because it’s all about the politics not science. The world’s climate changes – all the time. It did before we arrived and it will after we have gone. It’s that simple. If you live on a 1 foot high island please don’t try to get me to pay you damages for something that happens naturally – just move somewhere higher (see – people wanting free stuff again).

Everywhere, people want something for nothing or for no effort. They have expectations that simply cannot be sustained. There is no humor anymore either is there? If it’s not racist, then it’s sexist or ageist, or some other bloody-ist. We are not allowed to laugh or poke fun at anything.

To me, it also seems like everyone has become more fixated on survival. Almost every week, there is a new end of the world theory or story. Those that propagate this nonsense make money while those that believe it … why do they believe it? Just how gullible are these people? Do they actually want to believe these things? Having lived among right wing Christian nut jobs in Texas the answer I am afraid to say is yes – some of them do. They are the ones that think they will be plucked from the face of the Earth and sent directly to heaven while the rest of us evil bastards are punished and annihilated. I have two things to say about this; first, if people like that are in heaven, I don’t want to be there and second, anyone arrogant enough to actually believe they will be ‘raptured’ is condemned to hell anyway.

I am constantly amazed by people I really am. Just yesterday, in the course of five or ten minutes, I witnessed someone passing illegally on the inside causing people to swerve and almost causing mayhem. They couldn’t care less – rules are for the rest of us plonkers. Next, I saw someone almost mowed down on a pedestrian crossing – same issue. Rules are not for people in a hurry – just for the rest of us. Finally, I saw two homeless people. The male beating the crap out of the female, kicking, thumping and beating her. No one did anything at all but looked the other way and walked on by.

So it’s a bit of a negative post isn’t it? Is it my fault that I created this reality? I don’t know – I sure hope not. Other’s co-create with me too so maybe it’s our fault? We plainly must all try harder to create a better world.