Time is probably the greatest enigma of them all and yet it is our most precious commodity. In my busy daily life it seems to me that time is getting faster and faster and, the older I get, its speed simply increases. Yet there are still 60 minutes in an hour and 24 hours in a day. There are though moments when time stops and I instinctively understand that time is unreal. In meditative states, time becomes what it probably really is – an illusion created to bring order to my existence. 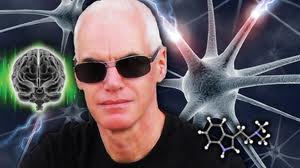 Time is the topic addressed in Anthony Peake’s book “The Labyrinth of Time”. Peake’s style is to explore every conceivable avenue around and through a topic and so we are presented with subjects ranging from quantum physics and philosophy, through déjà vu, precognition and dreams, to a review of movies and plays with time as the topic. The result is a thorough and complete scientific analysis of the time. I say scientific because I know that Anthony’s work is often considered ‘new age’ or in some way populist, but his approach is actually more scientific than that taken by scientists as it examines every aspect and facet of the subject. His approach is holistic and comprehensive. He also has an uncanny ability to explain the unexplainable using the written word and, in that way, opens up a whole new world that is usually the exclusive preserve of scientists to the common man.

Having also review Anthony’s first book (Is There Life after Death?), one can see how his theories have evolved and strengthened through his continuing work. His evolving hypothesis is certainly one that has a ring of truth about it particularly to those of us steeped in occult tradition. He explains in modern terms many esoteric ideas passed down through the millennia including the Akasha and the idea of the oneness of consciousness. His theoretical postulations answer a lot of questions regarding the Rosicrucian concepts of reality and actuality. His theories are echoed in movies such as Groundhog Day and The Matrix and it appears that more than ever before, man is finding something about his own nature generally. To know thyself is the current way of things it seems and not just an age old approach to magick.

My earliest thoughts on time were the result of playing a leading role in a school production of Time and the Conway’s in my early teens. Peake covers the play and the other writings of JB Priestley and many other authors in his book. But I found myself reading from page-to-page with the growing excitement of the recognition of a kernel of truth unfolding before my eyes delivered in entertaining fashion with an eye for detail.

Peake’s theory is that we live an initial life and then repeat this same life in an eternal return. It’s really that simple but he has now enhanced and embellished this theory coming to the conclusion that “the act of observation or, more accurately, the self-reflectiveness that this act imparts upon consciousness, is what creates the idea of personality and separateness”. We are all One Thing, all aspects of the One Thing experiencing itself. As the Kybalion puts it; The Universe is mental.

Peake’s work, based on his many avenues of research and analysis, ends up reinforcing for me the idea that science is finally catching up with esoteric thought and philosophy. There is nothing at all new in any of these ideas. Instead Peake is rediscovering what has always been known by the enlightened few and then examining it under the light of a scientific microscope. Unfortunately in some respects, it may mean his books occupy the New Age section of the bookstore instead of the Science section; but that is simply the scientific communities’ loss and our gain.