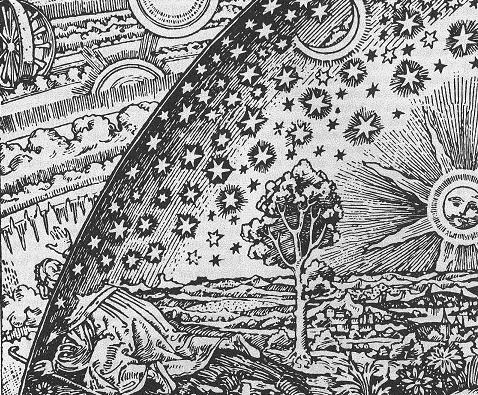 A common theme when it comes to the lives of magicians and alchemists is that of finding the elixir of life and living forever. When I researched and wrote God’s Pretender’s, somewhere subliminally, I started seeing some patterns. Today, I have been reading a biography of the Compte de St. Germain and I glimpsed it yet again (BTW – He is covered in my book).

Let’s look at some of the things we learn about these masters.

The first thing is that they do not eat. The second is that they have some sort of tincture or elixir that appears to give them the ability to stay a certain age indefinitely.

Let’s use a bit of logic and see what we can unravel. Firstly, life or consciousness is form of energy and we know from physics that energy cannot be created nor destroyed, but rather transformed from one state to another. In most important texts we learn about the blood and the breath as keys to life. In the books that I place value on (these are few and far between these days), conscious breathing is a key practice. Let;s face it, if we could obtain life energy from the Universe – which is nothing but a vast pool of energy in different forms – then why would we need to eat? In fact, it may be that eating is a lazy way of gathering energy and is a reason for aging. Bear with me.

In Rosicrucian teachings, the act of breathing brings into our bodies a quality or energy that is Solar in quality and flows through our body in the blood. Oxygen? Well, probably not. More likely it is the very same vital energy that Bardon has us work on so much. And, if this energy can be imbued with qualities simply using the imagination then why not maintenance of the body?

Water, Bardon says is highly magnetic and can be made to hold certain imbued qualities too. Perhaps the elixir is simply water imbued with vital energy by a Master who can do that effectively?

So I can accumulate energy, but I can also expend it. Here is the other half of the equation perhaps. If I give my attention to something, I give it energy. In fact, I want to do that provided I am doing it purposefully. And here is where mental discipline comes in for if I am not in control, I am constantly leaking energy; creating thought forms all over the place accidentally. I create thought forms that counter thought forms I created….. I am neutralizing my hard won energy. (For example, I convince myself to do something and then immediately worry over it).

So, perhaps living forever is a combination of learning how to breath in the energy and then maintain it effectively by living a purposeful life under full control?

Tis true without lying, certain & most true.
That which is below is like that which is above & that which is above is like that which is below to do the miracles of one only thing
And as all things have been & arose from one by the mediation of one: so all things have their birth from this one thing by adaptation.
The Sun is its father, the moon its mother, the wind hath carried it in its belly, the earth is its nurse.
The father of all perfection in the whole world is here.
Its force or power is entire if it be converted into earth.
Separate thou the earth from the fire, the subtle from the gross sweetly with great industry.
It ascends from the earth to the heaven & again it descends to the earth & receives the force of things superior & inferior.
By this means you shall have the glory of the whole world
& thereby all obscurity shall fly from you.
Its force is above all force. For it vanquishes every subtle thing & penetrates every solid thing.
So was the world created.
From this are & do come admirable adaptations whereof the means (or process) is here in this. Hence I am called Hermes Trismegist, having the three parts of the philosophy of the whole world
That which I have said of the operation of the Sun is accomplished & ended.

That’s the Emerald Tablet and to me, it can be seen to be saying something very similar while also dealing with the elements (Sun, Moon, Wind, Earth). See our book The Mystical Hexagram for more understanding of the four elements or read Bardon’s Initiation Into Hermetics or… Comte De Gabalis (reputedly our very own Compte de St. Germain). There is another statement in the above that strikes me as well. The above and below……or could that be the inside and the outside? You see, I still believe that the inside of us is the reality that we project onto the outside and believe foolishly is reality…. The One Thing? Us?

This is proto thought and something I am working on but I welcome comment and critique…..