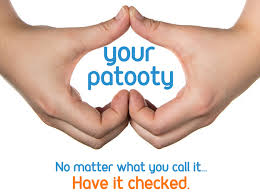 Just under 2-years ago, a routine colonoscopy discovered a 5cm tumor in my colon. Although benign, the tumor was growing rapidly and would soon result in a large internal explosion. Apparently not good for life support. Much to my trepidation, it had to come out.

Can you imagine major surgery in a foreign country where your language skills rank maybe a 4 for comprehension and a 2.5 for speaking? Actually, the facility I had the surgery in was very good and it was keyhole surgery too performed especially by the top Doctor there. I recall being wheeled in for the surgery. The operating theater was huge and had an amazing view of Brno castle at least until they put the shades down. There must have been about 8 doctors and nurses working on me that day. After 6.5 hours, they resuscitated me. I was amazed, very little pain and absolutely no memory whatsoever of the missing time! After 4-weeks, I was back at work. Not bad for having had 10cm of my colon removed and the thing stitched back together, rewired and put back where it belongs……

Roll forward until say this Christmas. I was starting to feel some pain in my gut or was it my back? I was sent to the gastro specialist first as there was concern about the surgery of course. She confirmed I should have a colonscopy to be sure. Of course, this was my third but let me tell ya, they don’t get easier! It’s actually not so much the procedure itself (of which much more later) but the preparation.

Preparation starts a week or three days out. You can’t eat fruit, nuts and a bunch of other foods that might have small seeds. Then, the day prior it begins. A small breakfast of yoghurt and restricted to clear drinks like black coffee or of course much better – water. Then, in the evening, the dreaded cleaner. It comes in two or three varieties all of which need to be consumed with gallons of water. They all taste dreadful and by the time you are on liter 2+, you really feel like dying. Your bowels start making gurgling noises and then, suddenly, its big white telephone time. And, once there, you may as well just stay there for 4-5 hours. It is horrific. Of course, you get virtually no sleep in between rushes to the little room all night long.

Finally, after some fitful sleep, you awake and start again. Yes, you drink more cleaning fluid and more gallons of water and sit on the toilet again feeling like the bottom has fallen out of your world (or maybe the other way around). Its around this time, you start to wonder just how you will make it to the doctors? 30 mins on public transport in this state? Somehow though you do make it.

Last night, I was reading a few colonoscopy experiences on the web. I do so love to freak myself out. One woman actually said that she felt like she had been violated by the male doctor who did the procedure! I think this woman may have had some other problems because I don’t see how you can call a potentially life saving procedure violation. On the other hand, maybe I do.

I was asked to strip from the waist down and lie on my left side thrusting my behind out towards the female doctor. As she prepared her navigation kit, the nurse stuck me with some good stuff. I don’t know what it was but boy….. it was some good shit let me tell you. The next thing I know, doctor is putting the kit away and I am saying “What? Did you do it already?” Apparently she had. 18 minutes worth of violation in my case but I didn’t know anything about it. “Good news”, she said. ” Everything is fine and normal.” Whether you really think of having a camera shoved up your bum and navigated around your colon as violation or not, these few words make it all seem worthwhile…. until the next time.

Previous Post I Used to be able to fly…..
Next Post The Last Observer Available for Pre-Order