There is a knock at the door late at night. You answer it to find two small children standing there. You are filled with a sudden but inexplicable fear. “Let us in,” they say. “We need to use the phone.” It is at that point that the fear turns to utter dread as you see that these kids have completely black eyes……

Your Haunted Lives 3 – The Black Eyed Kids, is an exploration of this terrifying phenomenon using true stories of encounters with Black Eyed kids (BEK) submitted to the My Haunted Life Too website. G. Michael Vasey examines the evidence and investigates the BEK, coming to some startling and shocking conclusions. Are they demonic soul eaters responsible for the disappearance of some of the 90,000 Americans missing at any point in time? Or, is this just another urban legend – another bogeyman designed to keep you awake at nights? Read the book and find out!

“Myth and legend is also replete with soul eaters or beings that live off the souls of men. These dark shadowy beings are sometimes described as having black eyes or have no eyes at all – just dark holes where their eyes should be.”

“As the guy entered, he kept staring at me, and I noticed that he had no whites in his eyes. They were totally black! No life in them at all.”

“That’s when I saw they were completely black, no iris, no white, nothing.”

“What are these kids? What do they want? Some say they’re demons, others say they are lost spirits? I have no idea what they are—but they terrified the hell out of me.”

““You need to let us in,” one of them screamed pointing at us.”

An investigation by supernatural expert, G. Michael Vasey, into the horrors of the Black Eyed Kids. Grab this book now and the next time you hear a knock at the door, you will think twice before answering it!

G. Michael Vasey is fast becoming a person of considerable interest in the occult/paranormal field of study, and his examination of the BEK phenomenon is a superb example of just exactly why his reputation is well earned. The author has written a really solid book on this particular subject, and it's delightfully (though chillingly) more than a mere collection of firsthand eyewitness accounts of the mysterious beings colloquially dubbed "Black Eyed Kids." For those who've been unfortunate enough to have become totally mesmerized by the empty, apparently soulless gaze of these creepy creatures, it's a deeply frightful experience that no one who lives to tell the tale ever seems to forget. The real problem, of course, is that these stranger than strange strangers with chalky white skin, who may be much more akin to the faerie or demon folk of old, always seem to want nothing more (initially anyway) than to get IN -- to your house, your car, you name it. And perhaps most perplexing and spooky of all, they absolutely MUST have a clear and present invitation from their intended victim. Yes, it's a real paranormal puzzle for the ages, and in this trim but well written and highly accessible volume, the author does a better than average job of not only supplementing numerous harrowing accounts with these apparent supernatural beings, but even offers up his own interesting ideas about what's really behind this ongoing mystery of the appearance (and often equally sudden disappearance) of troublesome tots (and even older looking folks) with eerie, soul sucking blacked out eye sockets that just seem to suddenly show up at the doorstep of unsuspecting folks all across America. And once they've darkened your door, these terrifying intruders begin begging, pleading, and even eventually DEMANDING to be let in. Make no mistake, this is but a short installment in the larger "Haunted Lives" series, yet despite its brevity, the author has really done a stellar job of touching upon pretty much all of the most pertinent aspects of the BEK puzzle. A longer volume would almost certainly have resulted in monotonous retread material, but thankfully, Mr. Vasey keeps very much on topic and does not skip a beat when it comes to pacing or overall content. Granted, this is more of an introductory essay on the ever creepy and inexplicable BEK (and equally intriguing, attendant WEK - White Eyed Kids) phenomenon, but even if that's all it is, it's still the best book I've yet encountered on the subject. Bravo, G. Michael Vasey! Keep the Haunted Lives books coming, good sir. By all means. Will Hoover, Goodreads.com 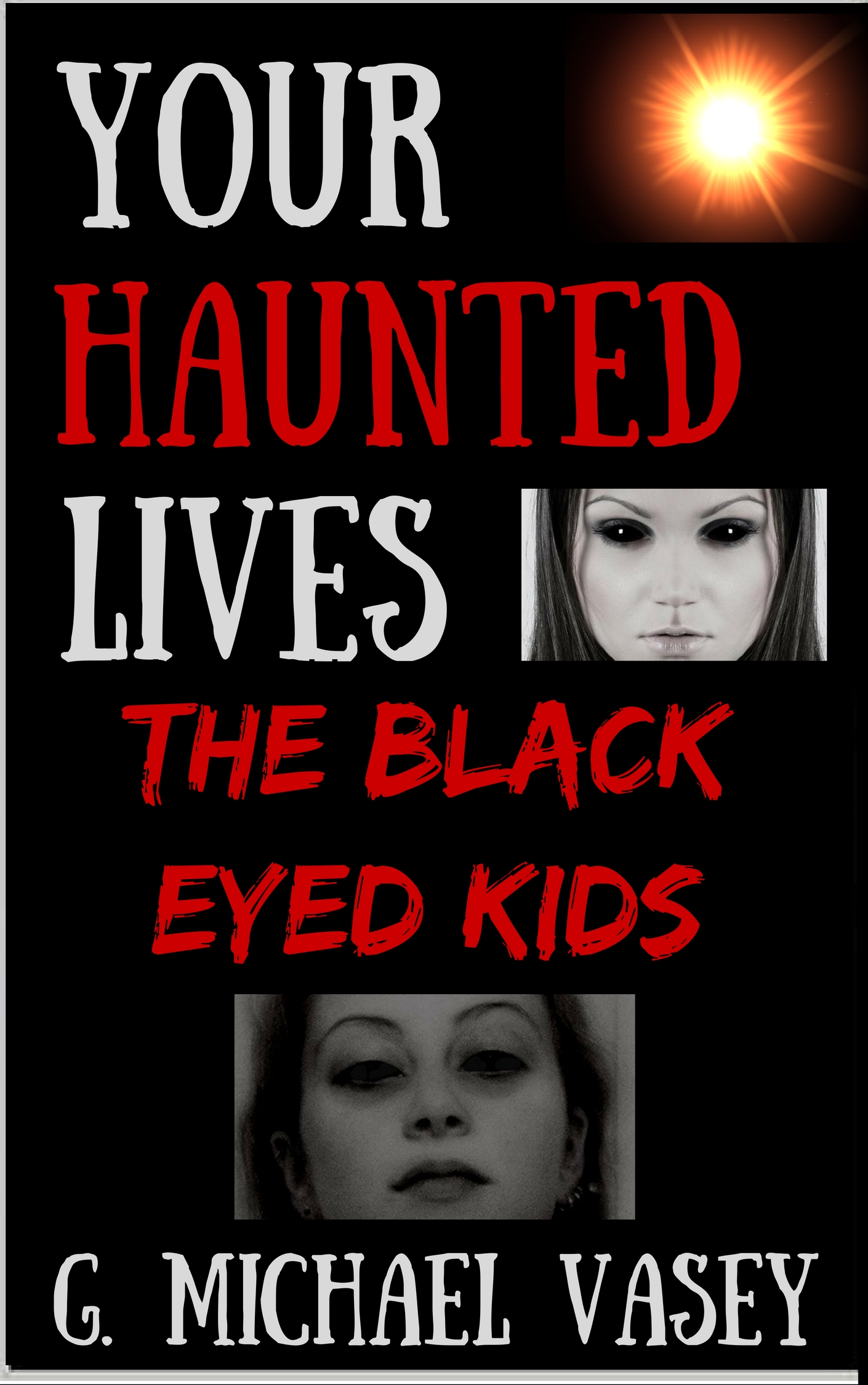