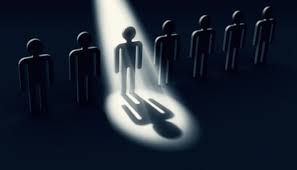 Charisma. It’s a word I hear used about people from time to time. People have a charismatic personality and people follow them. Charismatic people seem to have a knack to walk through life with a smile on their face. Confident, assertive and bold.

I had a boss a few years ago in Houston who was charismatic. He was Dutch and I guess in his 50’s. He had a deep hypnotic voice and he took good care of himself. Women swooned and men followed without question me included. You felt good in his company and his energy somehow rubbed off on you as enthusiasm. Looking back, I really don’t know what he did exactly except build and maintain relationships. He offered little direction as a boss but commanded great loyalty. He had a vain side to him too but you overlooked it because he was such an attractive and magnetic personality.

What are the qualities that create charisma? I wish I knew because I could use some. You see, I must conclude I lack charisma. I don’t create loyalty among friends in fact, I have few friends and many of them don’t or haven’t stayed in touch. Here in Brno, I hardly have anyone I can call a friend and I barely ever go out because I have no one to go out with. Even my children – the three boys in Texas barely stay in touch unless they need something. My daughter is good with me and we get along well but she would drop me like a stone for her Mother (who is charismatic). Don’t get me wrong, I am not really complaining, just puzzled. I’m used to it.

I am a giver. I give, give and give. I give my time, my energy and my thoughts. I give my money and I spend my money on everyone except me. I have always been this way. The funny thing is, the more you give and provide for people, the less they respect you. You become taken for granted. Meanwhile, people who are charismatic don’t actually give anything much, they take instead from a steady stream of givers like me.

As I get older I think about this more and more. I am coming to some very interesting conclusions. People want what they can’t have – it is playing ‘hard to get’, it is the ‘grass is greener’ syndrome. Being charismatic it seems to me involves being hard to get and yet being wanted. It involves being selfish.

I think that sometimes we can give too much and we lose the respect of others. Sometimes, we need to give to ourselves as well. For someone like me, giving to myself seems selfish and yet, I begin to believe that it isn’t necessarily selfishness but a part of finding the balance, the middle ground between two polarities. For what I have discovered is that qualities are not bipolar good and bad (good and evil, black and white, male and female and so on) but triangular. There are two extremes neither of which is good and a balance between them which is good. So, we must continually seek that balance everywhere and in everything we do. I speak more about this in The Mystical Hexagram.

So back to charisma. I’d like to be more charismatic for sure. I’d like to have more friends and a loyal following of readers. But charismatic people are actually one end of a bipolar relationship and what I need to find is the middle ground – the point of balance between being charismatic and being a loyal, supportive giver.