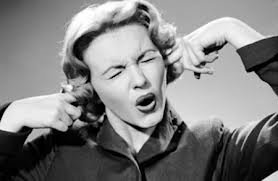 OK – now I am going to sound like my parents but, can anyone explain to me what happened to music?

Am I the only one that thinks that what passes for ‘popular’ music these days is complete and utter sh*one*t? Not only that but what happened to self respect? Much of the ‘music’ I hear on the radio is not just mono-tonal and monotonous crap but the lyrics leave a lot to be desired too. One song that gets played a lot over here has some guy singing about how he is gonna have a lazy day and get him some ‘nice’ sex. Lucky him but – it that a topic for a song? There are several songs that simply seem to use the F word at every opportunity too and the accompanying videos are essentially simply soft porn.

You know, I am sorry, but this isn’t art, it isn’t music and its not much fun either. It’s crap. It is synthetic, over the top, shock value crap designed to make some untalented showoff or exhibitionist a bunch of money at our expense.

Just recently, I read an article where they examined popular music over the last 50-years. The result? Today’s so called music is the least complex and least tuneful music yet.

Ok. I know that sex sells and that it takes an exhibitionist to sustain a career in the pop industry. But there appears to be one rather large difference in general between people like David Bowie, Marc Bolan, Elvis Presley and today’s instantly forgotten stars. Talent.