As a small boy, I recall quite often thinking and imagining that in reality, I was sat on a chair in a small room looking at a TV screen and controlling myself through a set of knobs and levers in front to me. In this dreamlike imagining, there were rows upon rows of these small rooms or booths each with an occupant managing their virtual life. Remember, I was thinking and dreaming this in the mid 1960’s before color TVs, computers, virtual reality and The Matrix movie. I mentioned this also in Inner Journeys: Explorations of the Soul. Additionally, at that age, I had not widely read any books and quite honestly, other than Watch with Mother, I hadn’t seen much TV either (in black and white on a box-like monstrosity of a TV with curtains and a dot when you switched it off!). 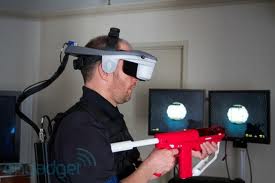 Of course, in the last couple of decades, it would appear that I am not the only one who had those feelings of how life really was. We had the Matrix movies, Vanilla Sky, Groundhog Day and many. many others including my favorite – The 13th Floor. More recently, there has been growing interest in Quantum physics on the part of the non-scientist and writers like Anthony Peake have argued for somewhat similar type realities as well based on, not just science, but also other evidence. Its almost as if we are anticipating some kind of breakthrough – a shared view of what reality might actually be.

I have written enough already about how much of this has been known to occultists or natural philosophers for more then the last 2000 years. So I won’t dwell on it again here.

I was thinking a few days ago that to some extent, it all comes down to the issue of how energy or vibrations becomes solid particles via observation. This is known, I think humorously, as the measurement problem. According to Wikipedia, in quantum mechanics, wave function collapse (also called collapse of the state vector or reduction of the wave packet) is the phenomenon in which a wave function—initially in a superposition of several different possible eigenstates—appears to reduce to a single one of those states after interaction with an observer. Let’s dumb this down a bit and say that a word – a vibration of a certain frequency (sound) is a waveform that can collapse on observation into some reality.

Now, compare that with this…

In the beginning God created the heavens and the earth.

Now the earth was formless and empty, darkness was over the surface of the deep, and the Spirit of God was hovering over the waters.

And God said, “Let there be light,” and there was light.

God saw that the light was good, and he separated the light from the darkness.

God called the light “day,” and the darkness he called “night.” And there was evening, and there was morning—the first day

The word? Light? – energy vibrating at a certain frequency collapsed by an observer in ‘God’?

And has anyone read Paul Foster Case’s Occult Fundamentals and Spiritual Unfoldment, Vol. 1: The Early Writings ? His opening lesson, written a few decades ago and therefore using some fairly antique language, describes exactly the same idea.

Once again – there is nothing new in the world but I also think that here, we are arriving at the truth behind real magic…. you see a magician, a real magician, has solved the measurement problem. The real magician is the observer we might call God for lack of a better word these days.

Interestingly, this whole thesis is what drove me to write my upcoming novel – The Last Observer (Roundfire books, summer 2013)in which an ordinary man is abruptly dragged into the middle of a violent struggle between black and white magicians who both seek to use his extraordinary powers of imagination and observation. He soon learns that reality is not at all what it seems before being called upon to play a decisive role in determining whose reality will prevail.

Perhaps my boyhood imaginings – amazing if you really think about it – are more accurate than originally might have been thought. Which begs the question – where did these thoughts in a small boy come from?